What is the Proper Ceiling Fan Direction

What is the Proper Ceiling Fan Direction

Many Americans have finally gotten the message that ceiling fans are an excellent method of cooling off during the summer months in an efficient and economical way. In fact, adjusting your thermostat one degree can change your utility bill as much as two percent. What many people don’t realize, however, is that the advantages of ceiling fans don’t stop after the weather cools off. It’s all in how the fan turns, thanks to one little switch and an owner that knows when to change its directions. The article will show you how. 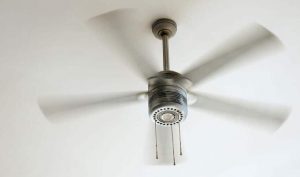 In the summertime your ceiling fan should be set to rotate counterclockwise. This allows the blades to bring warmer air from the surrounding area and force them straight down.

The result of this is a cool wind chill effect on your skin that can make you up to eight degrees cooler without even touching a thermostat. Using a ceiling fan can also cause up to a 40 percent reduction in your air conditioning bills.

If by now you have enjoyed a cooler summer with the added comfort from a ceiling fan, you probably think that when the winter weather sets in it’s time to turn it off. Unfortunately, doing so might lead to a rude surprise. Simply stated, changing the direction of your fan’s spin can still have a beneficial effect in the cooler months of the year.

In the winter, you should adjust your ceiling fans to turn clockwise, thus bringing the air up to the middle of the fan, then forcing it down along the walls of the room. This makes the room feel warmer, allowing you to turn your thermostat down and reduce your heating bills by up to 15 percent.

It’s important to note that if you have high or “cathedral” ceilings this change will only have a very minor effect, so in these cases it is best to keep your fans running counterclockwise, even in the winter.

How to Change the Direction of Your Ceiling Fan

Many of today’s ceiling fans change direction with a simple touch of the remote control that runs it any way you wish, but if your fan does not have a remote, you will need to change the direction of the fan by using a switch that is usually located on the fan itself. The direction of some fans can be changed with a switch that is located on the wall control. If not, the switch can also be located right above the lighting unit (if you have one) and below the fan itself. Simply flipping the switch will change the direction your fan runs. Be sure, however, that you adjust your thermostat accordingly to enjoy the full benefits of using your fan, regardless of the season. Following these instructions will not only keep you more comfortable but fatten your wallet as well. 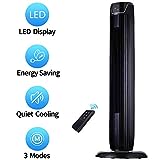